The Kind Of Tagging That Doesn't Involve Spray Paint

I have been tagged by the EduWonks! I actually appreciated the tag as it did give me something upbeat to blog. It was fun to think of my response and so who would I be to not share the fun? So here's the deal: answer five of these questions and then tag three other blogfriends.

My Answers:
If I could be a musician I am not sure if I would be

the folksy “travel the countryside with a gee-tar and a dream” type who smells of patchouli, 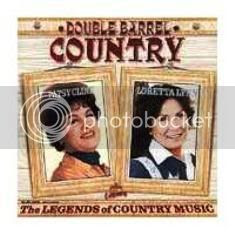 the big haired and bigger bus country singer destined to die in a small plane crash, or

If I could be a doctor I would make a vow to always be clear, straight and honest with my patients. I would schedule golf (after I learn to play) with my dad’s cardiologist and say, “Ok, Al, really, what’s the deal with that thing on Dave’s leg? I mean yeah, I know, he’s obese, but seriously, what’s the deal? Why are we treating blood clots the same way as when my grandfather had them 25 years ago”? Then if he didn’t answer, I might grab him by the lab coat and give him a good shake.

If I could be a missionary then I might have half the street cred of my sister with certain sectors of my family. Seriously, she works with former prostitutes in Cleveland for two years and she parts water because her check came from the North American Mission Board. I work with America’s underbelly for eleven years and I get emails about how God isn’t in the public schools and the “No Jesus” police will billy club you if you pray. It’s a problem, friends. A problem.

If I could be an athlete, I would endorse tacos. Then I would have lots of them and since I was athletic, I would burn them all off. I would probably have to break down and get some decent tennis shoes. I would read great books in public too. That way, all those kids who do anything their favorite athlete does would end up learning something too.

If I could be married to any current famous political figure I would make him oh-so-happy as I lovingly gazed during his speeches clothed in white gloves and an apron. I would have to figure out how to tease my hair appropriately and find a platform current enough to be considered relevant but benign enough to offend no one. I would charm the nation with my china selection and host lavish evenings full of art that says nothing---so lovely and inoffensive!


Holy crap, that’s too hard. Why don’t you just elect me?

And so now the time comes to tag three of you. I would first like to thank Winderweedle for the new link by tagging her (really, I mean this as a thank you), I will semi keep in in the edu-blogosphere by tagging my old buddy The Crib Chick and then...ummm...Karina. Are you any kind of hurt that you didn't get tagged? Fine, you are tagged too. Feel free to pick up the gauntlet, even if I didn't throw it down in front of you.
Posted by educat at 5/17/2005 06:38:00 PM

Thanks for the tag; I was hoping I'd get tagged, as I am going through a bit of a dry spell with the blogtopics lately. Stay tuned for answers... - WInderweedle